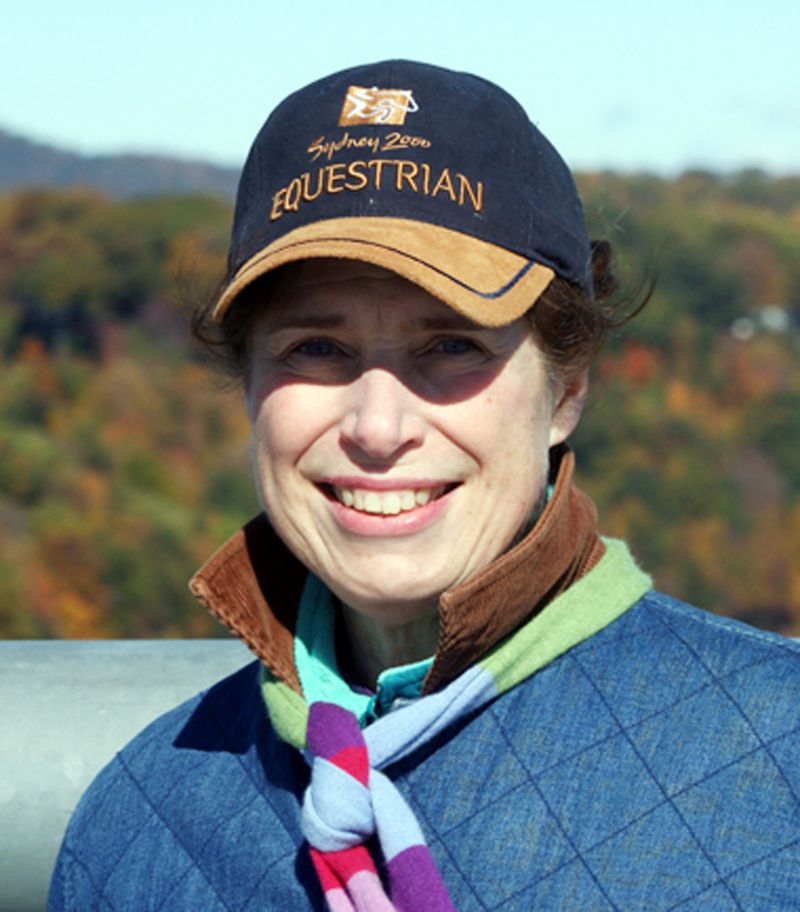 Margaret Freeman judged at the first Youth Dressage Festival in 1999 and was asked to join the Committee after helping out at the early Festivals in a number of different ways. Margaret is a USEF Senior dressage judge and freelance editor with an MA in journalism. Her extensive journalism background helps Margaret put together the program for the Festival, where she helps with judging, and she is a speaker at the Weekend Equestrian Program. Although she now lives in North Carolina, she makes sure she gets back north for the Weekend Equestrian Program and the Youth Dressage Festival. Margaret stays involved with D4K because it is a wonderful group of people, and working with them and with kids is endlessly interesting and gratifying. She has learned the importance of saying “thank you” to volunteers, which keeps them wanting to come back and help.
“I started riding after I got my driver’s license at age 16, and rode occasionally using babysitting money. The first weekend after I got my first job at a newspaper in Wilmington, DE (in 1971) I started regular lessons. That was in a wonderful area for eventing, so I started with that and then found I was much better in dressage than in jumping. I still ride and compete my Friesian-cross mare. I judge dressage shows all over the country and both teach and do clinics. I am also the secretary of the U.S. Dressage Foundation.” The piece of advice from Margaret is something she learned at her first show in 1971. “I saw a woman who was wearing rather odd riding clothes and commented on it to my instructor. She replied: “Never say anything unkind about another rider at a show. You always want people there to be thinking good thoughts about you.”